OrangeBoneLA, West Hollywood, CA- It has been said that a dog is a man’s best friend and history has shown that to be true. From the wedge-shaped characters on ancient Cuneiform tablets in the writing systems of Mesopotamia, Persia and Ugarit to the 19th century Victorian British oil Painters to the fictional dog character “Argos”  from Homers’ Odyssey;

or  “Snowy”  from The Adventures of Tintin in Belgian literature to the big screen in such classic movies as Lassie.  The canine is a consistent, loyal companion that makes for an interesting and profitable motif.

Keeping in pace with this successful canine concept, Demi Goddess Chronicle was honored to present the book launch of the new literary work Finley & The Emerald Volcano: The Search for the Missing Cauldron  on behalf of its very own Editor-In-Chief  Christy Oldham at OrangeBone Boutique on trendy Melrose Avenue in West Hollywood with a red carpet book signing premiere, award celebration and silent auction.

The book showcases the adventures of a dog named Finley and his 9 year old brainy best friend Joy, who find themselves on a Caribbean island with a temperamental volcano in the West Indies. Finley and Joy soon discover the tainted Irish history of the island and then stumble upon a secret magical gold cauldron that was buried by Buccaneers centuries ago. Pagan land Goddesses are upset over loosing this cauldron and cause the volcano to awaken! Meanwhile, a couple of shady Antiquity dealers are after the cauldron and will stop at nothing to claim it for themselves. It’s then a race against time to return the mystical cauldron to the Goddesses before the volcano completely blows. The story flows with danger, adventure and magic-all told from the charismatic point of view of Finley.

If you think this would be a good movie, you are right! Finley is also in development as a live action film with Demi Goddess Pictures. Oldham and Wallace plans to get Finley produced at the 2016 Cannes Film Market.

The book signing was also an opportunity for Demi Goddess Chronicle founders Clinton H. Wallace and Christy Oldham, to present multiple awards to deserving recipients for their outstanding achievements in the Arts, Culture and Fashion while also raffling off pet care products by Mauro Pet, a luxury pet handbag by Marianne Buttner of Petrosexual, an oil painting by Master Painter Seraphine and of course, a copy of Finley & The Emerald Volcano.

DGC: Wow, this is a unique situation to interview my bosses. I hope I do a good job! Thank you for the opportunity…

CO: “You rock, Rebekah. Just relax and take your time”.

DGC: Thanks, I love how you always encourage the staff, especially the women.

CHW: “Christy is good at inspiring the office. I personally like taco Tuesdays from the local food trucks”.

DGC: Me too! (laughter)So, lets start with Finley. You are a very busy lady. How did you find the time to write Finley? I mean…you have this online magazine, your film production company and your pet care business. How do you fit it in?

CO: “I love to write. I am a storyteller after all, so its very natural and fun for me”.

DGC: Do you have a special affinity for retrievers such as the breed of Finley?

CO: “Not really. I have met a lot of dogs over the years. My dog care business allows me to meet many breeds of dogs. My favorite is the German Shepherd. I also like terriers, especially Jack Russell’s’.”

CHW: “Umm, I like German Shepherds too. I grew up in Jamaica and my family had a dog named Ringo. He was great”.

DGC: Clinton, how did you start your publishing company…Photomundo Publishing?

CHW: “I studied journalism and communications at NYU and I learned how to publish pamphlets there. With the invent of the digital platform, I was able to take my love of the written word to a bigger audience”.

DGC:  The exponential growth of Photomundo Publishing and Demi Goddess Chronicle is quite impressive. When did you launch them?

CHW: “I have published multiple books and photographic images over the course of 20 years.  But, the actual launch of Photomundo Publishing was in 2014”. 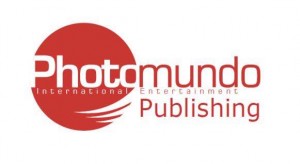 CO: “Yeah, we also launched Demi Goddess Chronicle in 2014 and our viewership is quite impressive.  Its been a nonstop, round the clock work process but our sponsors have been a tremendous help. And we have a fantastic talented team of course”.

DGC: Tell our readers about Finley & The Emerald Volcano as a live action film.

CO: “Well, my film production company is called Demi Goddess Pictures. And under that umbrella, we have partnered with an International production company in Ireland to produce Finley in conjunction with the Irish Film Board. We have packaged it with name talent and will be meeting with distributors and financiers in Cannes to get Finley off the page and into production”.

DGC: Both of you have produced multiple films. What was your last film, Christy?

CO: “A feature film called Barracuda. It was a vigilante thriller that I wrote, produced, co-directed and starred in. It won 3 best picture awards and we took it to Cannes to sell the International rights. Its now with Maverick Entertainment Group”.

CO: (laughter) “Thanks, Mr. Wallace! He has produced a lot of films”.

DGC: Tell our readers about your films, Clinton.

CHW: “Well, my last film that I produced was a documentary on Jamaica called German Town: The Lost Story of Seaford Town, Jamaica.  Before that, I released a double feature horror box set in 3D of some classic horror films such as Dementia 13, which was directed by Francis Ford Coppola and The Little Shop of Horrors by Roger Cormon. Published a couple of travel books on Cuba and Malta and a children’s book,  now we are bringing Finley to the big screen”.

CO: “FEED ME SEYMOUR”! (laughter from everyone)

DGC: So, Demi Goddess Chronicle gets a lot of requests from up and coming artists and start ups.  What is the process of selecting who gets featured on the site?

CHW: “Well, it’s a very competitive process.  Demi Goddess Chronicle loves to support women empowerment, animal rights and help promote all entrepreneurs. We get a lot of content from our team of industry insiders and entertainment journalists”.

Purchase a copy of Finley HERE