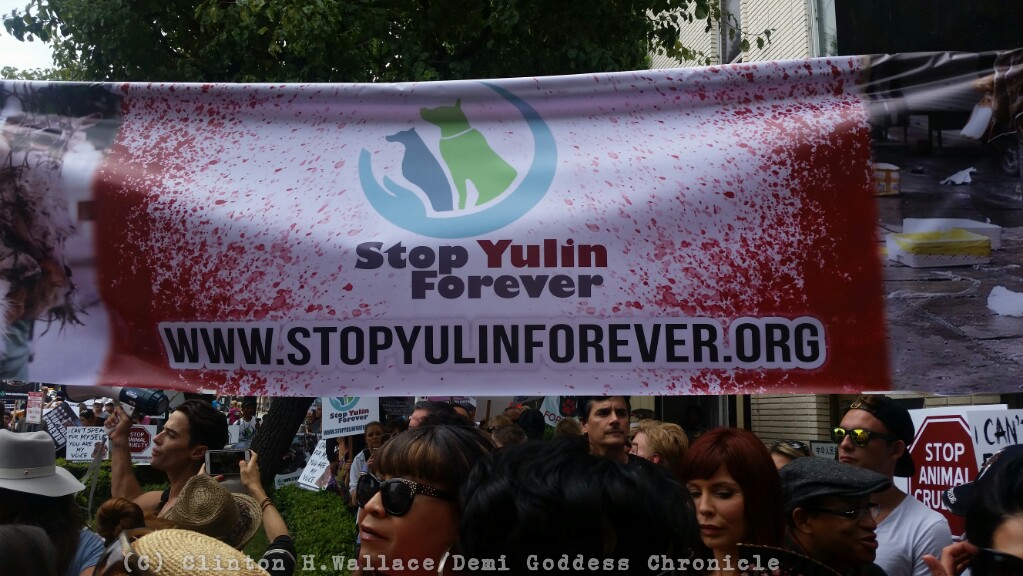 October 4, 2015, Los Angeles- Hundreds of protesters of the Yulin Dog Meat Festival, an annual celebration of the slaughter and torture of canines in Yulin, Guangxi, China, in which festival goers revel in lynching and torturing dogs and consuming their meat, took to the streets of Los Angeles, carrying signs, demonstrating their disdain against this barbaric and despicable dog meat “festival” which spans ten days in Yulin during which it is estimated that 10,000–15,000 dogs are murdered. 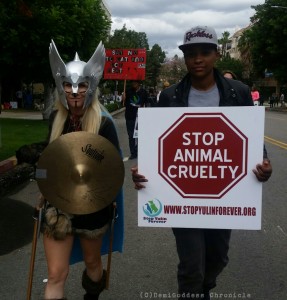 Leading the rally was reality television personality and restaurateur Lisa Vanderpump, and her Real Housewives Of Beverly Hills cast-mates Kyle Richards and Joyce Giraud. The crowd marched from Los Angeles’ MacArthur Park to The Chinese Embassy, yelling “Dogs are our Friends” and “Stop Yulin Forever”.

Though consumption of dog meat does have historical precedence in China, the festival dates back only a few years to 2009 when it was launched in China’s southwest to celebrate the summer solstice.

However, at its height during the Han Dynasty (202 – 220 AD), dog meat was considered a delicacy. 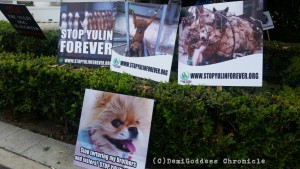 Dog eating soon lost favor by the Sui-Tang dynasties (581 — 907 AD), and thus dog eating had been rejected as an indecent habit. 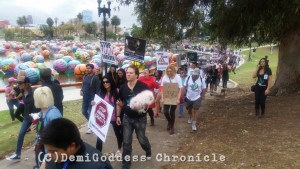 The dog meat trade is a serious threat to human health, and Chinese authorities have every reason to stand by the animal advocates. China has the world’s second highest incidence of rabies in humans. And according to China’s ministry for public health, Guangxi province, where Yulin is located, has the largest number of cases in China, while Yulin is one of China’s “top ten cities” for cases of human rabies. 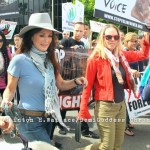 Eating dog meat of itself does not cause rabies, but the handling and slaughter of vast numbers of unvaccinated dogs exposes the traders to a high risk of rabies infection. Transporting the dogs to the festival is an intrinsically brutal operation. Dogs that will be murdered for the Yulin Festival come from as far as central and north China’s Henan and Shandong, more than 1,000 miles away.

Dogs are crammed into wire cages unable to extend their limbs, denied food and water for days during the exhausting trip. 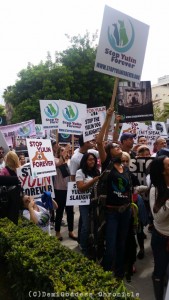 The dogs arrive at their destination malnourished and underweight, dehydrated, often dying from injuries or from being poisoned during capture.