January 16, 2016, Los Angeles– It was a chilly evening when I stepped out of my uber driven transportation in front of the historic steps of The Ebell of Los Angeles. I had personally driven

past this women’s club in the mid city section of Wilshire for years but had never a reason to stop and go inside until now.

A friend invited me to the screening of ‘SHE’S BEAUTIFUL WHEN SHE’S ANGRY‘, a documentary film about the women’s movement for equal rights that began in the mid 1960’s and I was eager to see it. Once inside The Ebell, I realized how remarkable the building was. Founded in 1894 by women, and named after Dr. Adrian Ebell, a German professor who traveled California forming study groups for women, the Ebell is a notable framework of extraordinary women who encourage the educational, cultural and social growth of the diverse Los Angeles community- the ideal place to screen a feminist documentary.

The motto of The Ebell is “I Will Find a Way or Make One- I Serve” and has been awarding scholarships since 1919 to thousands of students through it’s college scholarship program. It also maintains an impressive art collection in its time-honored Clubhouse. Adjacent to The Ebell is the Wilshire Ebell Theatre; built in 1927, it is one of Los Angeles’ only Broadway styled theatres that have had artists from Judy Garland to U2 grace it’s stage.

Before long, the historical building was packed full of enthusiastic theatre-goers. A volunteer gathered a group of us together to have a guided tour upstairs. The authenticity and integrity of each room, fossilized in time by its original architecture and structural details, enriched by the smell of an era long ago, was awe-inspiring.

Our guide bestowed on us the very room, complete with the original seats made with ‘hat racks’ for women underneath each one, where aviation pioneer and author Amelia Earhart publicly spoke for the last time to a group of women before her plane went missing in 1937.

And then it was time to watch ‘SHE’S BEAUTIFUL WHEN SHE’S ANGRY’. Produced and directed by Mary Dore, the film opens in Texas with a contemporary group of women still fighting for equal rights and equal pay, some 50+ years after the grassroots movement was formed. With the current gang rapes on ‘white’ women by Syrian refugees in Europe, specifically Cologne, Germany and then spreading out to Sweden and Finland being the most outrageous cities of attacks with at least 5 rapes reported per day, it is clear that women are still the largest group of people who suffer violence and oppression.

The film highlights multiple inspirational women who were instrumental in the birth of the women’s movement like Muriel Fox, co-founder of NOW, the National Organization For Women.
“When we started NOW, we knew the world needed a civil rights organization, some of us called it an NAACP for women, to work for women’s rights. And that’s one reason it exploded so powerfully—because it was long overdue, in some ways it was centuries overdue,” said Muriel Fox.

‘SHE’S BEAUTIFUL WHEN SHE’S ANGRY’ then went on to unfurl an atrocious, misogynistic era, beginning in 1966, where females who had graduated from a prestigious college with the same degree as a male, would not be hired simply because of her gender. Archived footage revealed men openly speaking about how “a woman’s place is at home, cooking and taking care of the kids”. These educated, disillusioned women began burning their academic degrees in public protest much like men of the same era did who were burning their draft cards in protest of the Vietnam War; niche groups formed, highlighting women of color and lesbians, who also faced substandard and unacceptable biases that were not talked about at that time.

“The women’s movement was a revolt that was starting from the bottom, from the grass roots — nobody controlled it. There are probably tens of thousands of women all over the country right now who were leaders in the women’s liberation movement and we’ll never know their names because they were organizing and agitating in their church, or in their school, or in their neighborhood, or just in their marriage.” – Vivian Rothstein, founder of the Chicago Women’s Liberation Union.

Mary Dore brilliantly showcases the magnificent birth of a time when activists in multiple cities, stood up for themselves and paved the way for future generations by forming support groups and spreading literature on equal rights for women.

By the end of the screening, the room was vibrating with the energy that The Ebell of Los Angeles was founded upon: “I Will Find a Way or Make One”.
About The Director
Mary Dore, Director/ Producer
Mary Dore is an award-winning documentary producer who brings an activist perspective to her films. Dore grew up in Auburn, Maine and began her career working with a Boston film collective that produced independent historical documentaries, including Children of Labor (1977) which premiered at the New York Film Festival. She has produced television series for Maine Public Broadcasting and 13/WNET in New York. She produced and co-directed the feature documentary The Good Fight: the Abraham Lincoln Brigade in the Spanish Civil War (with Noel Buckner and Sam Sills), which screened at the Toronto, Sundance, and London Film Festivals. She has produced dozens of television documentaries for PBS, New York Times TV, A&E, and the Discovery Channel. Her TV work has won Emmys, Cine Golden Eagles, and Cable Ace Awards. She lives in Brooklyn, NY, with her husband and two sons.

‘SHE’S BEAUTIFUL WHEN SHE’S ANGRY’ resurrects the buried history of the outrageous, often brilliant women who founded the modern women’s movement from 1966 to 1971. SHE’S BEAUTIFUL takes us from the founding of NOW, with ladies in hats and gloves, to the emergence of more radical factions of women’s liberation; from intellectuals like Kate Millett to the street theatrics of W.I.T.C.H. (Women’s International Conspiracy from Hell!). Artfully combining dramatizations, performance and archival imagery, the film recounts the stories of women who fought for their own equality, and in the process created a world-wide revolution.
SHE’S BEAUTIFUL does not try to romanticize the early movement, but dramatizes it in its exhilarating, quarrelsome, sometimes heart-wrenching glory. The film does not shy away from the controversies over race, sexual preference and leadership that arose in the women’s movement. ‘SHE’S BEAUTIFUL WHEN SHE’S ANGRY’ captures the spirit of the time — thrilling, scandalous, and often hilarious.
That story still resonates today for women who are facing new challenges around reproductive rights and sexual violence, as the film shows present-day activists creating their generation’s own version of feminism. ‘SHE’S BEAUTIFUL WHEN SHE’S ANGRY’ is a film about activists, made to inspire women and men to work for feminism and human rights.

“I was with SCLC—the Southern Christian Leadership Conference—in the South. Many of us who started this new movement had come out of civil rights, and absorbed its ideas, so that it shaped the women’s movement. In some ways, the women’s liberation movement was the bastard child of the civil rights movement.”- Jo Freeman, activist, writer, political scientist and lawyer.
‘She’s Beautiful When She’s Angry’ Watch Trailer:

For membership information or to plan your tour of The Ebell of Los Angeles, please contact Meredyth Deighton 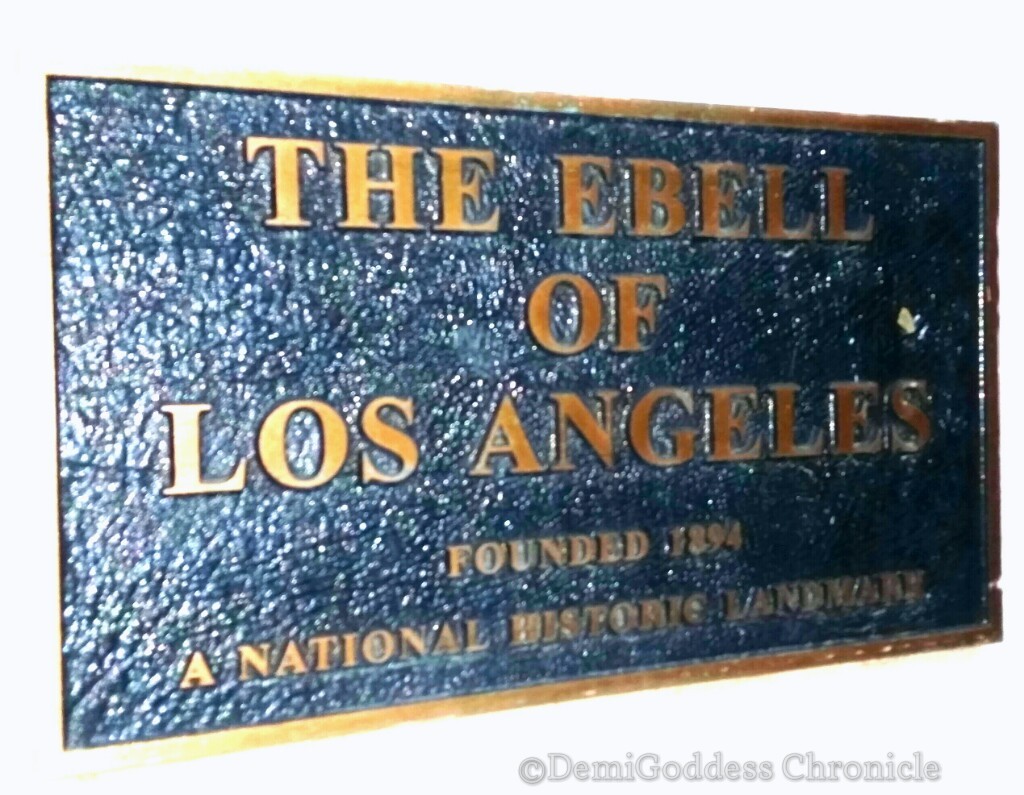