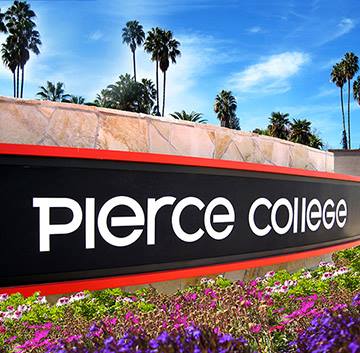 The Los Angeles Pierce College is a community college in Woodland Hills, California that began in 1947. It maintains a 225 acre working farm for hands-on training in agricultural and veterinary study. The initial focus was crop cultivation and animal husbandry but today, students study a variety of subjects, including cinema.

The 2nd Annual Pierce College Film Festival celebrates all things cinema -whether it’s through discussion, viewing, or the creative process of making a movie. This year, the popular film festival received over 40 submissions in the district ranging from high school students to college students.

“We feel that having a film festival is the greatest way of showing our passion for film because it allows us all to get together and watch our own work on the big screen while also allowing others the opportunity to have their films presented as well”, said Film Club President Andrew Shaktah.

DemiGoddess Chronicle sat down with Andre Shaktah to discuss his passion for making movies:

DGC:  What was your inspiration for creating the Pierce Film Festival?

AS: “I can’t remember a time in my life where I wasn’t watching movies and honestly I don’t think I ever would’ve imagined I’d be where I am today. I started like most kids do by playing around with a camera and making short videos with my friends and that soon developed into a passion and appreciation for the craft”.

DGC: How has your leadership as President influenced the Film Club?

AS:  “Pierce College had a film club for a few years, however after joining and being elected President I took it upon myself for the past year to reshape it into a much more focused club where education, discussion, and hands-on work was our main priority. Since then, we’ve had a number of projects made by club members with and without production experience”.

AS:  “We’ve hosted a number of public screenings on campus that follow certain themes such as “The Ethics of Journalism” and “Los Angeles Through the Decades” . We screen films such as “Blade Runner”, “Sunset Boulevard” and “All the Presidents Men” just to name a few. It’s at these events where the club really shines as we allow students and faculty members to openly discuss these films and the ways they’ve impacted them individually. These events are always packed and are full of great dialogue to keep the spirit of filmmaking alive”.

DGC: Who is your favorite filmmaker and why?

AS: “I wouldn’t really say I have a favorite filmmaker as I feel there’s so many things to appreciate from so many great artists. But if I had to pick one it would have to be Andrei Tarkovsky, simply because his use of camera work and storytelling have this great sense of serenity, poetry, and intelligence to them and it’s something that I feel is missing in today’s movies”.