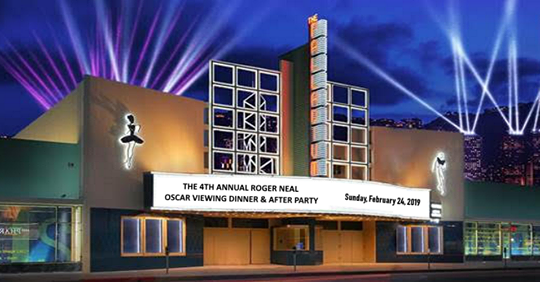 Los Angeles- Roger and Lynn Neal, founders of the annual ROGER NEAL OSCAR VIEWING DINNER & AFTER PARTY, along with their partners Maryanne and Thomas Lai, have moved their sensational 4th Annual OSCAR VIEWING DINNER to its new home at the legendary Hollywood Palladium in Hollywood, CA. This star-studded red carpet event is presented by the World Zhitian Art Finance Company and will showcase past Oscar winning celebrities, presenters and guests on Oscar Sunday Feb 24th, 2019.

For the past three years, the ROGER NEAL OSCAR VIEWING DINNER & AFTER PARTY was held at the Hollywood Museum. However, the coveted celebration has grown beyond the museum’s capacity when the electrifying after party was added to the phenomenal evening, making it the place to be on Oscar night. “We are most excited for booking the Palladium and its beautiful restoration. We can sit up to 800 for dinner if needed.” said Roger Neal. Since 1940, the Palladium has been the Industry venue standard for notable Television shows and iconic award shows.

Over 100 Stars will be in attendance for the Oscar viewing dinner. The assembly of Hollywood royalty to this exciting event is by invitation only. The public however may purchase limited available dinner seats including the After Party. The Roger Neal Oscar Viewing Dinner will once again honor stars with the ICON AWARD during the pre-show to the Academy awards. This year’s honorees include: For Television, award winning actress Loretta Swit star of Mash. Oscar nominees Robert Forster, Margaret Avery (Oscar Nominee) and Lainie Kazan for Motion pictures. Ernie Hudson for Motion Pictures, Bernie Kopell (Love Boat), for TV and Walton’s star Ms. Michael Learned, for TV. The Music Icon Award will go to Grammy and Golden Globe nominee Frank Stallone. Woman in Philanthropy Icon award goes to actress/philanthropist/ 2 time Daytime Emmy Award Winner Kira Reed Lorsch(The Bay). 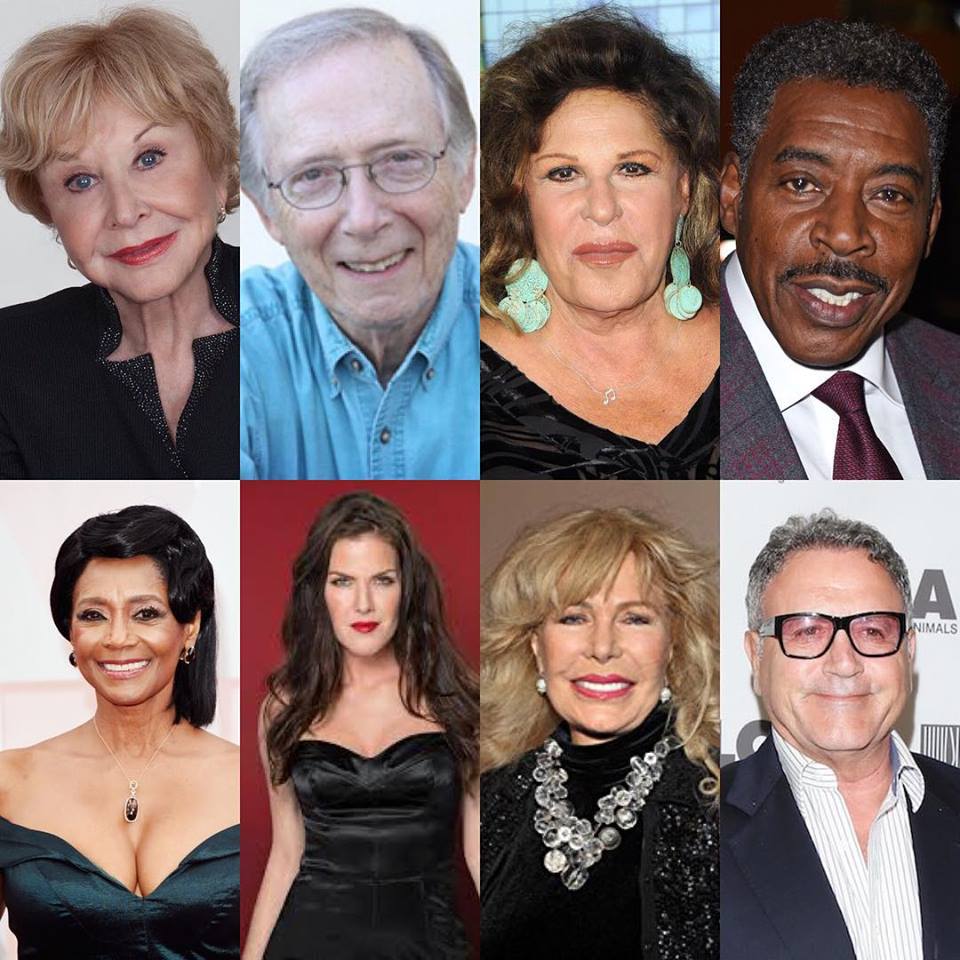 Individual Tickets are available at $1000 each. Get the most of this Oscar party experience! Mingle with the celebrities and sponsors after they walk the red carpet in front of over 130 media outlets.

About christy oldham 119 Articles
Christy was educated in Paris at École des hautes études commerciales de Paris (HEC Paris), an international business school in France and studied film and television at LACC (Los Angeles Community College). She is a business owner, published author and a critically acclaimed independent filmmaker. Her 20 year body of cinema work to date includes 2 feature films, 15 short films and one web series. She is a writer, producer, director, cinematographer, actress and editor. Her headlining film credit includes the vigilante feature film "Barracuda" (Released in 2014 by Maverick Entertainment Group) which earned her critical filmmaker acclaim including 3 Best Picture awards at multiple U.S. film festivals. In 2017, she directed 3 episodes of the post-apocalyptic web series "Vape Warz", which she also wrote and produced. It premiered at the 2017 Mediterranean Film festival Cannes in the south of France and received an Honorable Mention for Best Web Series and is now streaming on Amazon. In 2019, she released her first foreign short film "Perdu à France" ("Lost In Provence")- also streaming on Amazon. She lives in Los Angeles.